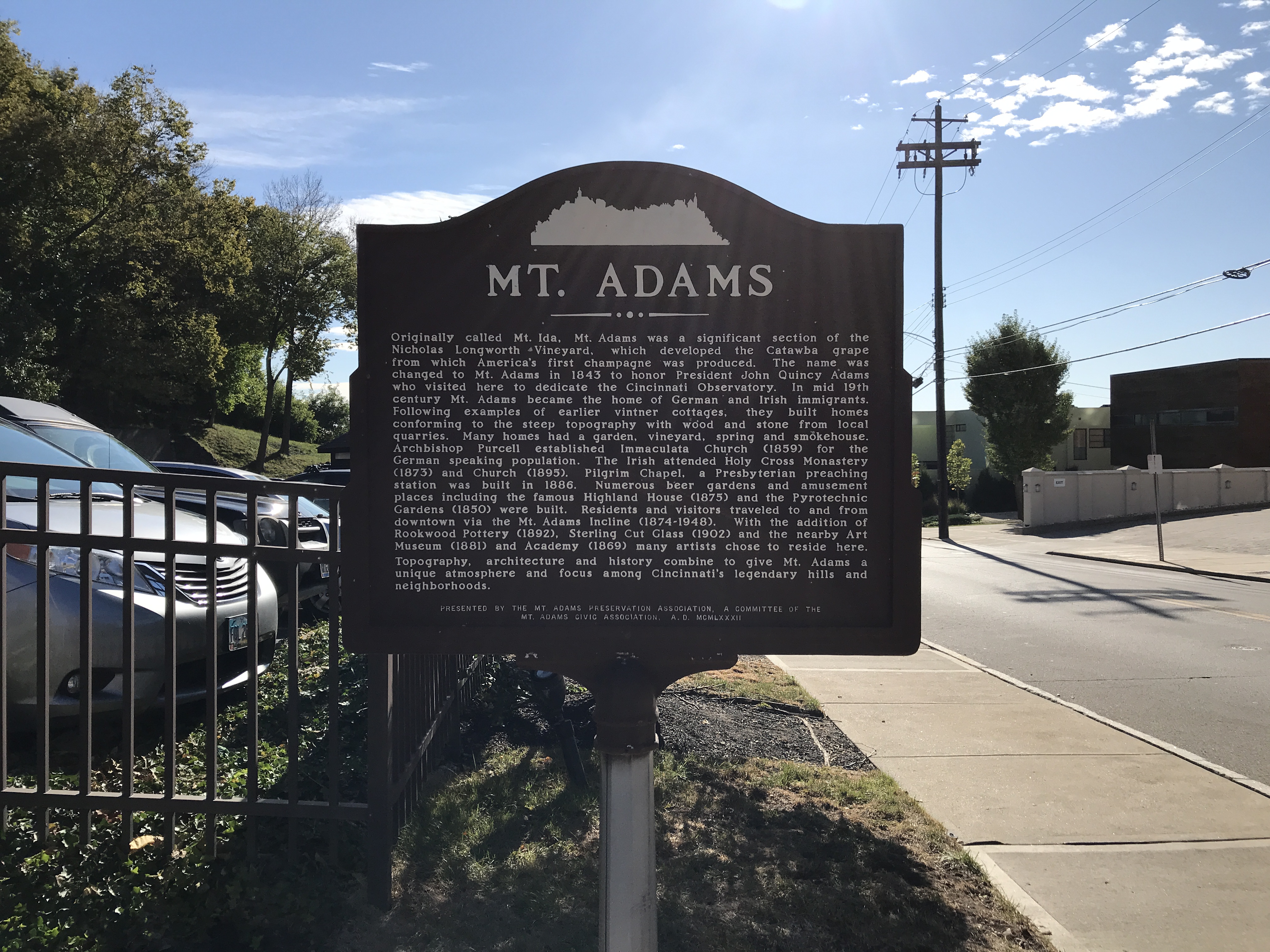 Mount Adams a Cincinnati neighborhood was settled in the early 1800s and was originally called Mount Ida after a local resident.  The area was later renamed Mount Adams in honor of President John Quincy Adams.  During the 1830s Mount Adams became known nationwide for its wine after a local attorney Nicholas Longworth purchased the mansion that is now the Taft Art Museum and land in the area for the purposes of growing grapes.  Mount Adams attractions include the Cincinnati Art Museum, Playhouse in the Park and the Rookwood Pottery (which was opened by Maria Longworth, granddaughter of Nicholas Longworth).

-Mount Adams, falls within the Cincinnati zip code of 45202

Mount Adams being a smaller neighborhood of Cincinnati has an average selling price of $254,000.  Prices ranges from more than one million down to the mid to lower one hundred thousand.  Due to its hilly nature some homes are built into a hill. Mount Adams offers very limited availability of new construction and sometimes involves tearing down old homes, modern home styles, condos, luxury condos, and more.

The Cincinnati/Northern Kentucky International Airport is located in Hebron, KY which is approximately 18 minutes’ drive away from Mount Adams via I-71 and I-275.

Mount Adams is served by the Cincinnati Metro Bus Routes 1, 11, and 31 which will get one downtown for under two dollars fare.

Listed below are homes for sale in Mt. Adams, a neighborhood in Cincinnati, OH. These Mt. Adams real estate listings are updated multiple time a day from the MLS and include large photos, maps, local school info and more.

If you're interested in any of these Mt. Adams homes, condos and townhomes, you can request more info and schedule a showing from the detail page of each of these listings. We have access to the past sales history and disclosure of each property, and the local knowledge to help you interpret them. We can also provide you with the dates and prices of properties that have recently sold nearby in Cincinnati.

And for your convenience, register for a free account to automatically receive email notifications when new Mt. Adams listings come on the Cincinnati market that match your search criteria and save your favorites for quick access.

The data you see below is from the Cincinnati Multiple Listing Service (MLS).  Average days on market refers to ...Read more
View All